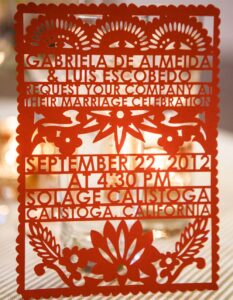 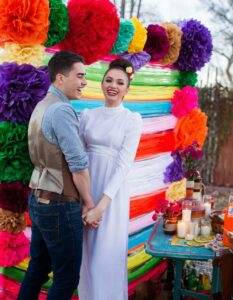 Even though I love the happy colors associated with this holiday it is in contrast to the skull imagery.  I was always conflicted on this holiday.  I decided to learn the history of the holiday AND I love this holiday.  Read on to learn more about Dia de Los Muertos and October themed weddings.

The Mexican holiday known as the el Dia de los Muertos (Day of the Dead), families welcome back the souls of their deceased relatives for a brief reunion that includes food, drink and celebration. This holiday is a blend of Mesoamerican ritual, European religion and Spanish culture. The holiday is celebrated each year on November 1-2.

Beginning of Day of the Dead

The roots of the Day of the Dead go back approximately 3.000 years.  The Aztecs and other Nahua people living in what is now central Mexico held a “full circle” view of the universe, and saw death as an important and ever-present part of life.

Upon dying, a person was believed to travel to Chicunamictlán otherwise known as the Land of the Dead. After traveling through nine challenging levels, which would take several years, the person’s soul would finally reach Mictlán, the final resting place. In Nahua rituals honoring the dead, family members provided food, water and tools to aid the deceased in this difficult journey. This ritual, inspired the contemporary Day of the Dead practice, leaving offerings on their grave, or set them on a makeshift altar called ofrendas in their homes.

In ancient Europe, pagan celebrations of the dead  took place in the fall.  They included bonfires, dancing and feasting. Even with the rise of the Roman Catholic Church, they adopted some of the pagan celebrations into their two minor Catholic holidays, All Saints Day and All Souls Day.

In medieval Spain, people would bring bring wine and pan de ánimas (spirit bread) to the graves of their loved ones on All Souls Day; they would also cover graves with flowers and light candles to illuminate the dead souls’ way back to their homes on Earth. 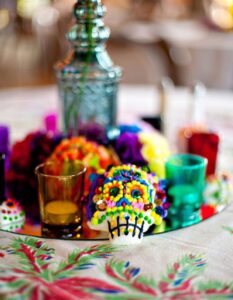 How Is the Day of the Dead Celebrated?

El Día de los Muertos is NOT a Mexican version of Halloween.  The two holidays do share some traditions, including costumes and parades. On the Day of the Dead, it’s believed that the border between the spirit world and the real world dissolve. During this brief period, the souls of the dead awaken and return to the living world while living family members act as the deceased are participating as honored guests.  The living members leave favorite foods and offerings on either the gravesite or the ofrenda in the home. The Disney movie “Coco” is wonderful representation of Dia de los Muertos. 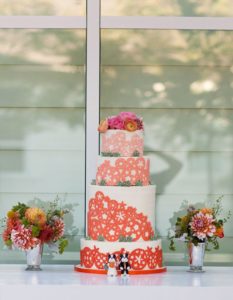 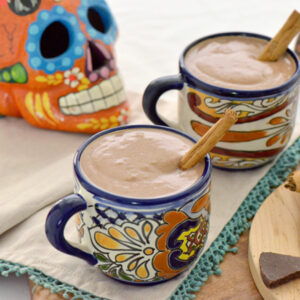 You could serve this at your Dia de los Muertos themed wedding! 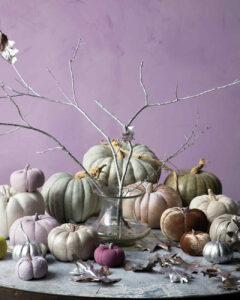 Be a Guest at your Wedding!

I hope you have enjoyed this Dia de los Muertos October themed wedding inspiration.  Ready to take the next step?  Call, text (480-248-4938) or email (mjkevents@gmail.com) to schedule a complimentary 1 hour planning session.  I look forward to hearing from you soon.

If you prefer, you can use the following link to schedule a 1 hour complimentary planning session at – https://calendly.com/mjkevents/facetime

Why do we Celebrate Labor Day?
It’s Getting to be the Holiday Season!